The evangelical Wheaton College, the alma mater of Billy Graham, has removed a plaque honoring two alumni who were among the five missionaries murdered in 1956 by an indigenous tribe in Ecuador.

The problem is the plaque – a gift to the college in 1957 from classmates of Jim Elliot and Ed McCully – describes the tribe as “savage Indians,” reported The Spectator.

The college said it will appoint a task force to “review” the language and ultimately replace the plaque.

The college’s president, Philip Ryken, explained in an email on Wednesday that students, faculty and staff “have expressed concern about language on the plaque that is now recognized as offensive.”

“Specifically, the word ‘savage’ is regarded as pejorative and has been used historically to dehumanize and mistreat indigenous peoples around the world,” he said. 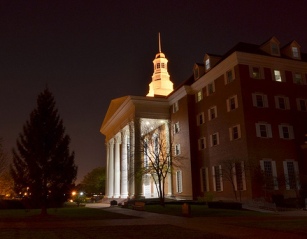 The plaque states: “For generations all strangers were killed by these savage Indians. After many days of patient preparation and devout prayer, the missionaries made the first friendly contact known to history with the Aucas.”

The isolated Huaorani tribe was widely known as the Aucas, which means “savage” in the Quechua language, because of its reputation for brutal violence against its people as well as outsiders.

H.R. 1 Is the Pillow Over the Face of Federalism