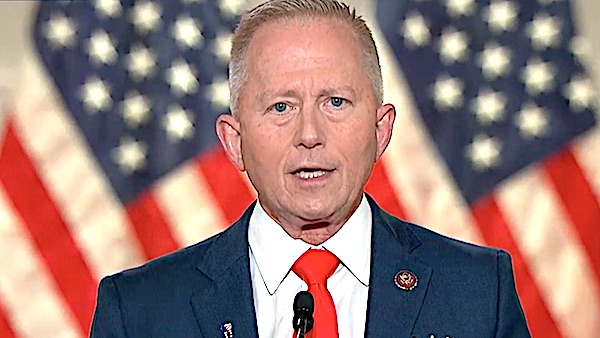 U.S. Rep. Jeff Van Drew, of New Jersey, is a former Democrat who turned around and became a Republican – a MAGA Republican who was praised by President Donald J. Trump.

There’s a price to pay for someone who does that in America.

Last Monday, Van Drew got a “death threat” on his home telephone from a South Jersey newspaper columnist, John McCall of the Ocean City Sentinel.

“I would swear to your demise as a politician and I believe that you personally are a degenerate,” McCall said. “As a member of the New Jersey Press Association, I will do everything in my power to ensure that you are deposed if not dead. Anything I can do to basically get you out of office, I will do. You are a traitor Jeff Van Drew and you deserve the fate of all traitors.”

But that was not even the worst of it.

In a March 10 column, McCall states about Van Drew, “And as a traitor, he has forfeited his right to protection under the law. Know this V.D.: It doesn’t stop here. … God save you.”

Think that’s as bad as it gets? Think again.

McCall also recently wrote speculatively about sexually assaulting the congressman’s wife and storming his house to “violate his family.”

BLM Threatens Legal Action Against One Of Their Own Activists After...

Joe Biden Reads From Note Cards, Mumbles and Coughs as he...