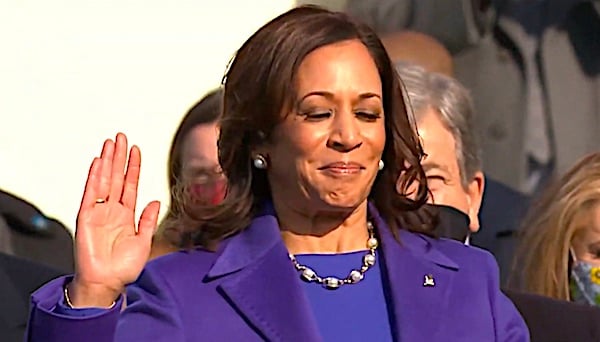 The vice president laughed. As sometimes can happen, controversy followed.

Air Force Two had just touched down in Florida, and reporters on the tarmac hustled over to pose their questions. Would she visit the southern border to monitor the migrant surge first-hand? “Not today,” Kamala Harris replied. Then she let out the laugh, the kind of chuckle that sometimes happens when the vice president is pushed on an uncomfortable topic.

Of course, that wasn’t all. Harris said much more.

She said that she had been to the border before and “I’m sure I will again.” She reiterated that now is not the time for migrants to come to the U.S. She said, just as the White House has for weeks, that while the new administration “will enforce the law,” they would address “the root cause” of the influx.

The longer answer did not play on a cable news loop. The laugh did.

It was evidence, Republican were quick to insist, that the vice president was not taking the situation seriously. It was more likely the result of misunderstanding: President Biden had deputized Harris to lead diplomatic relations with countries that are the source of the surge,

Illegal Immigrant Says He Wouldn’t Have Crossed Border if Trump Was...

Appeals court sides with professor who refused to refer to biological...