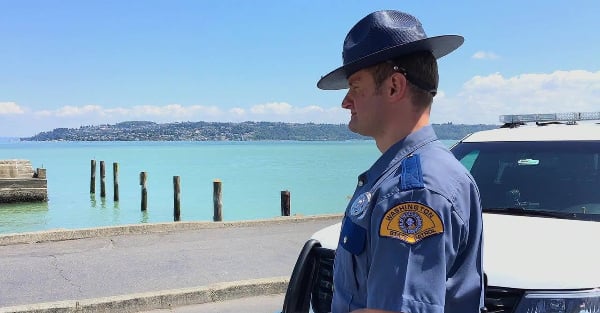 Like many employers across the nation, the Washington State Patrol is “on a collision course with a staffing crisis” due to a vaccine mandate that has virtually removed any exceptions.

Some WSP staffers were warned in emails Thursday that Democratic Gov. Jay Inslee’s mandate does not allow for religious exemptions, reported Jason Rantz, a talk-host for KTTH radio in Seattle.

Rantz pointed out that for more than a year, troopers have successfully worked without a vaccine, using personal protective gear.

He said the decision, which impacts public-facing positions, was made after human resources consulted with the attorney general’s office.

Inslee, who ran for the Democratic presidential nomination on a climate-change agenda, has warned that state employees must be fully vaccinated by Oct. 18 or they will be fired.

Last week, Rantz reported there is strong resistance to the governor’s mandate from other state employees as well, including teachers and Department of Transportation biologists.

Along with religious convictions, they cite health and privacy concerns, and others simply don’t think it’s the state’s business if they choose vaccination or not, arguing it’s their body, their choice.

‘I wish I had better news’

In his report Friday on the state troopers, Rantz cited an email to some WSP staff.

“I wish I had better news on this as I know many of us have been waiting to hear back regarding accommodation requests,”