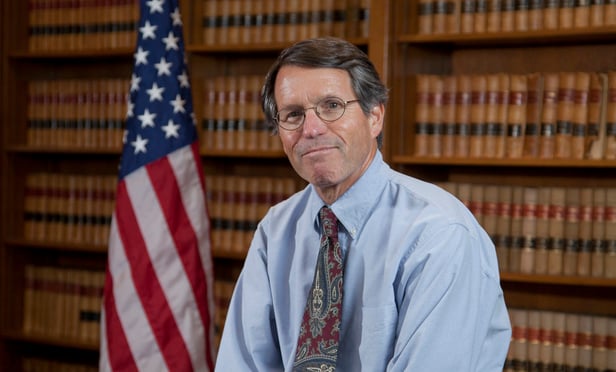 An abortion-linked federal judge – he reportedly helped fund a Planned Parenthood business at a “resource” center where he was on the board – has ruled that certain videos taken by undercover journalists investigating the baby-body-parts-for-sale schemes in the nation’s abortion industry never can be revealed.

The case, however, still could be appealed.

The Federalist previously noted Judge William Orrick, who had been nominated to the post after serving as a major donor to and bundler for Obama’s campaign, issued the order.

“Both Orrick and his wife are longtime donors to San Francisco’s Good Samaritan Family Resource Center (GSFRC), where Orrick was a board member and helped fund and open a Planned Parenthood clinic on its site. That clinic sold fetal tissue to StemExpress, a for-profit wholesaler exposed by CMP’s videos and reporting,” The Federalist reported.

Orrick’s order comes in the National Abortion Federation case against David Daleiden and others at the Center for Medical Progress. Orrick had issued the same order a year ago against Daleiden in a case brought by Planned Parenthood, the nation’s biggest player in the abortion industry.

Courthouse News reported the decision followed a $2 million civil verdict in favor of Planned Parenthood against Daleiden, fellow activist Sandra Merritt, his anti-abortion group the Center for Medical Progress and others.

Appeals, however, still are possible.

Daleiden and others went undercover to catch abortionists talking about the revenue generated from selling the body parts of aborted babies.