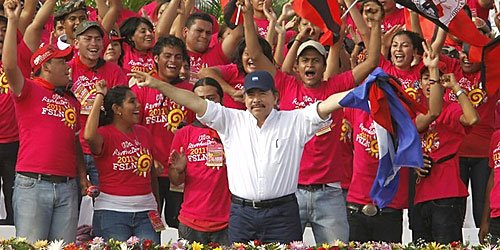 For a couple of years, my wife and I escaped Obama’s America by owning a Pacific Ocean hotel in San Juan del Sur, Nicaragua. The irony was that in supposedly socialist Nicaragua, Daniel Ortega’s government left us alone far more than government did in the supposedly free country of the United States of Obama.

Still, while Ortega 2.0 might have shed most of his socialism, he had not shed his lust for power, and the job of making sure he never lost again was that of the Chief Justice Roberto Rivas Reyes of what is in effect the Nicaraguan Supreme Court. I’m not sure who was actually more powerful or corrupt — President Ortega or Justice Rivas — but Rivas’s was bigger.  His motorcade, tha

PSYOP The Steal – Exposing The Plan To Siege The US Capitol On January 6th, 2021

The Causes And Costs Of Illegal Immigration: A Report By Dr. Peter Navarro

Mitt Romney Suffers a Black Eye and Stitches After Fall Over...