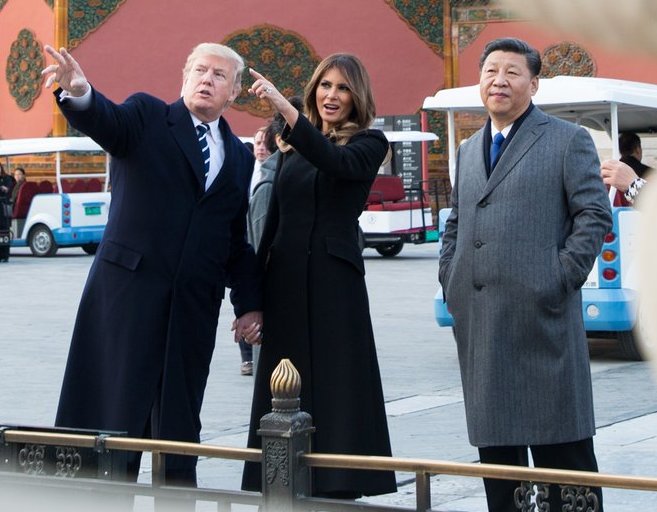 President and Mrs. Trump in Beijing, 2017

Have you wondered as I have over the last decade where all of this ideological garbage is coming from?

I think we now know (Many have known for a long time but now the evidence is irrefutable).

With the exposure of Chicom influence, subterfuge, and corruption inside American political, economic, judicial and governmental systems, it is clear that a decades-long hidden agenda has been executed against the United States of America, and in fact the free world.

If you wanted to destroy a nation’s culture — you’d promote radical feminism and destruction of the family unit. You’d try and confuse young children as to their gender, or even which pronoun they should use. You’d destroy a nation’s culture of self-reliance. “American self-reliance has hurt our response to the pandemic,” said China-mouthpiece Dr. Fauci.

You’d promote massive waves of migrants from areas of the world that don’t share our values as a nation, a massive drain on resources and destruction

America will officially be an enemy occupied zone with the swearing...