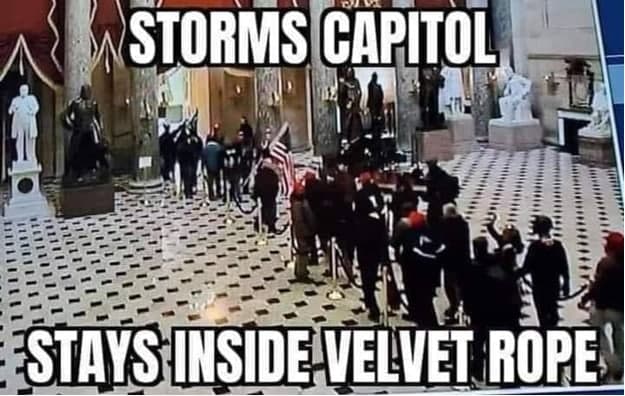 There was good that came out on January 6th. Trump supporter’s eyes were finally opened to see the twisted world President Donald Trump has endured over the last 4 years. Both Republicans and Democrats are stakeholders in the voting services companies. None of the stakeholders can afford any light be shone publically or in a courtroom on this mess.

There are still ongoing court cases being pressed. In all this time none of the evidence has been looked at in any of the cases. Any of these cases or the appeals stemming from them can still reverse what happened on January 6th on a Constitutional basis.

I have not found one of the election fraud cases brought to court against ES&S, Dominion, or related companies over the last 18 years that has been allowed to present evidence. The upcoming cases will be the first time.

On January 6th, we were supposed to see 12 hours of evidence supporting Trump’s claims of election fraud to Congress openly with the whole world watching American Democracy in action. The inexplicable failure of Capitol Hill security to secure the building instead for all intents and purposes looks like they are leading the rioters to the Senate Chamber on video is almost breathtaking.

According to the Cato Institute, “The Capitol Police certainly has enough funding to be prepared. The force has 2,300 officers and a $516 million budget to defend two square miles.

Mike LaChance - February 19, 2021 0
Jefferson County, West Virginia, is now a Second Amendment Sanctuary. The resolution passed with an overwhelming 4-0 vote on Thursday evening. “Yesterday, I made a post...

Trump: Biden Either Lying or ‘Mentally Gone’ on Vaccine Gaffe

All of China Joe’s Actions to Date With China – Help...